WELCOME TO NCM'S UP TO SPEED BLOG

How This Service Department Went from Worst to First 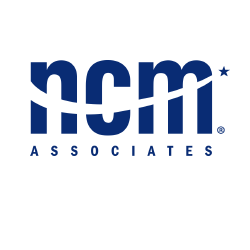 They say the first step in making a change is admitting you have a problem. How can you reasonably expect change, if you don’t believe the path you’re on requires it? This principle applies to many aspects of life—from personal relationships, performance in school, athletic activities, and even the way your business is run. Today we are going to share a story of how accepting the need for change and committing to new processes revolutionized the service department at First Texas Honda in Austin, Texas.

Why Change Was Needed

First Texas Honda, part of the Continental Auto Group, is a family-run, locally owned and operated dealership serving the greater Austin area. They started selling Hondas in 1971 and were the first dealership in Texas to do so.

In 2012, First Texas Honda showed early signs of a struggling service department when they opened their new facility. At 120,000 square feet, this new facility had the largest footprint of any Honda dealership in the United States. Quickly after opening, the service department started on a slow decline in overall performance. From 2014 to 2017, First Texas Honda had red CSE (Customer Service Experience) for all major metrics, every month. In 2016, a new General Manager was brought in from sister-store, Austin Infiniti, to help turn the dealership around. The problem in the service department, however, could not be addressed by a quick hire at the top—a major reconstruction of the operational processes needed to take place. In September of 2017, the group’s COO, Timothy Shook, took over as Interim Service Director.

“If you are in the bottom five dealers for CSE in your zone, your zone manager gets to come visit you every month. In my first month on the job, I got to meet our zone manager,” said Timothy. “This was not a proud moment, and it certainly was not fun.”

When asked how they made progress on turning their store around, Cody Penna, Service Director of First Texas Honda, said, “The process wasn’t quick, but we changed almost everything. We had our hands in every process, procedure, technology, communication channel, staffing, and hiring. The changes ran very deep.”

Of all these new processes, there were a few standouts from our interview.

Almost immediately, the team identified that improvements could be made to the store’s technology. Many of the changes that were made involved switching various third-party programs into one consolidated solution with one provider. This also created new opportunities like text messaging with customers and the ability for online payment. These changes were a critical foundation on which other processes could be built, while simultaneously improving efficiency throughout the service department. “This would allow us to streamline a lot of our work, but with these changes, came the realization that a lot of our processes needed to change as well,” stated Timothy.

Cody was a certified master technician with Honda and Acura, prior to earning his role as the Service Director. In fact, Cody was one of the youngest-ever Honda Master Technicians at 23 years old when he completed the certification in 2014. His talent in the shop was unquestioned, but, he admitted, that didn’t mean he knew it all.  Working his way up the technical side of the shop, he didn’t have a lot of experience optimizing the duties of service advisors or the wider range of fixed operations.

The Continental Auto Group and the leaders of First Texas Honda were big believers in the 20 Group peer collaboration model and utilized their membership in NCM Owner/General Manager 20 Groups to improve performance. That’s why one of the first moves was to enroll the First Texas Honda service department in multiple service department specific 20 Groups—one that is Honda specific and another that is for high-performing dealerships with varying franchises. It was in these meetings that multiple tactics, strategies, and ideas were formed to help First Texas Honda continue to improve.

When asked about some of the ideas their 20 Group provided their team, Timothy recalled “One of the most important things we did for our department was we started using a group texting platform. We got this idea from our 20 Group, because other 20 Group members were using this technology to communicate between meetings. We took this idea and made it a game-changing communication tool in our department. Quality communication was one of the biggest struggles we had as a team because of the spread-out nature our facility.”

“I personally used the 20 Group composites to see how our store ranked amongst peers. Being on the right side of the page was embarrassing, and our first goal was to get to the left side of the page, or above group average,” said Timothy. After working with other group members to refine and implement some new processes and procedures, the passion to continue improving continued. “Reaching our goals quickly changed our mindset on what was possible. We didn't want to be average, we wanted to be the best.”

To become the best, First Texas Honda went line by line, and analyzed best-in-class metrics across their three 20 Groups with Honda dealers as members. Timothy continued, “we wanted to aim for the highest at scale when possible. Some of the metrics we targeted were, net profit per RO, gross as a % of sales, customer pay ELR, gross per advisor, and gross per technician among others.”

With all these changes, there was also a big change needed in the mindset of the employees. While there were many in the shop who welcomed the new processes, there were also a few who were comfortable doing things the way they’d always done it. But as Timothy explained, “The guys who were comfortable with the old way of doing things were also the ones who were comfortable with consistently seeing red CSE.” If they wanted to achieve the goals for their service department, they needed to raise the standard expected from everyone in the shop. Over the first four months, the elevated business standards lead to high turnover, but it also placed a huge emphasis on hiring individuals who bought into the new vision of First Texas Honda.

While it took time to find the right individuals, the patience and diligence paid off. “We have 18 Service Advisors now, and we have not lost one of them all year. Additionally, our average advisor tenure is now 3.97 years,” said Cody. “We know that we ask a lot of our service advisors, especially with the workload of a dealership our size. After learning about the role, I quickly realized they have the single hardest job in the entire building.”

To ensure the success of this role, and to keep the longevity of their staff, the solution was simple. Pay service advisors more money. Cody continued, “by paying them an industry leading wage, we can a) ask them to achieve the results we are looking for, including a 50-hour work week, and b) reward them for hitting those metrics and doing what a good job looks like.” This mindset was extended throughout the shop, and now, every role has the opportunity to earn more by working harder. “If you are a high performing person, there is no other Honda dealership that you will earn more doing your job in the state of Texas. That is our standard. Over half of our advisors will clear $100k this year,” said Timothy.

Many of the most talented employees that First Texas Honda recruited were individuals with no automotive experience. They did, however, have the right attitude and the right skillset to become a top performer. To ensure knowledge, productivity, and consistency with every new hire, the dealership enrolls all service advisors in a paid 16-week training. “People think we are crazy for doing that, because it is a huge expense. We are paying top-dollar for a brand-new hire that is not instantly producing.” stated Timothy. The reality is, this is truly an investment and not an expense. By investing in the right person, and ensuring they do every aspect of their job correctly, the results of their performance are going to be exponential in the overall value they will bring to the organization. Cody further emphasized this idea by saying, “you are not going to have a superstar fall in your lap every time you need a new hire. You need to train them and develop them into the superstar your organization needs.”

After all their changes, the total transformation of the First Texas Honda service department is nothing short of staggering. “In calendar year of 2018, we turned the department around to where our store won the Honda President’s Award Elite, something only 10 dealerships nationwide receive. A big portion of that win was the CSE side in the service department.” said Timothy. The store is also regularly in the green, surpassing the averages of their district, their zone, and Honda’s national average. “As far as customer pay service labor sales are concerned, we were the number one Honda dealer in the country for 2018.”

If you are thinking of making changes in your store, it’s important to focus on what makes the most sense long-term. Many of the processes that were implemented at First Texas Honda were strategically introduced to not only put out fires but keep them from coming up. As Cody stated, “we looked at our internal employee surveys, as well as our customer’s surveys, and we developed systems to prevent us from spending all day putting out fires. We wanted to put out a fire and make sure that it wouldn’t become an issue again.”

We paid a visit to First Texas Honda to show you how one of the best run service departments operates every day. Check it out in the video below.