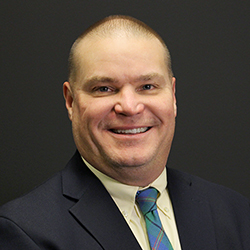 Brent joined NCM in late 2007. He currently works with seven 20 Groups, five of which are Buy-Here Pay-Here groups. He also works with an independent used vehicle group as well as a motorcoach operators’ group.

Prior to joining NCM, Brent worked for over 17 years in sub-prime finance, sales, and collections; 11 years of which were spent in Buy-Here Pay-Here dealerships. He spent 10 years with Auto Master Buy-Here Pay-Here of Northwest Arkansas where he served as vice president. Brent played an integral role in growing Auto Master to 10 locations in three states with receivables in excess of $50 million and participated in selling the company in August of 2006 to a publicly-held company.

Brent and his wife, Janet, currently reside in Louisville, Ky.