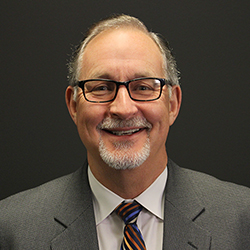 Jerry is a former dealer with more than 35 years of industry experience. Advancing through sales into management, Jerry has a history of driving sales for both import and domestic dealerships while working as a dealer and general manager. A past chairman of Honda National Dealer Advisory Board, Jerry has expertise in new and used vehicle management, as well as in fixed operations.

Jerry's successes in retail management led him to NADA, where he served for three years as a 20 Group moderator and in-dealership consultant before joining NCM in 2015. Jerry is an NCM subject matter expert in dealership group management, fixed, and variable operations and an automotive consultant. Jerry holds a bachelor’s degree in economics from the University of Washington-Seattle, and is a Dealer Candidate Academy graduate of NADA.

Client profitability is a measure of Jerry’s success.