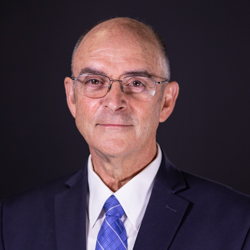 Bob brings over 40+ years of Automotive experience to the Institute.  He began his automotive career with Toyota Motors in Cincinnati, Ohio.  He spent the next 18 years in numerous Regional and National positions throughout the country for both Toyota and Lexus.  He later went on to work for American Honda for 5 years.

He left the manufacturer side of the business to take the position of COO for a 7 store Auto Group in Ohio.  In his tenure as COO, Bob was instrumental in helping the company grow to 21 rooftops on 7 campuses with 32 franchises and 24 unique brands.  He moved into an ownership position and became operator of a Honda Dealership.

After selling his interest he worked with a number of auto groups throughout the country helping them improve their operations.  In 2021 he brought his years of experience to NCM Institute.