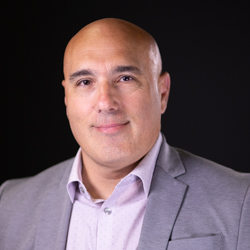 Paul Mifsud is a Moderator and Instructor who works with dealership and OEM manufacturer leadership and management teams to help them understand, grow and improve their operations.

Paul’s career in the automotive industry began in 1993 working as a claims analyst with General Motors of Canada’s warranty division. Over that initial four-year period, his experience in improving efficiencies and quality control aided him in his entrance to the automotive dealership retail world in fixed operations. After successfully improving several GM dealership fixed operation departments by implementing consistent proven processes, Paul applied these principles to variable operations in the role of General Manager.

Starting in 2002, and over the course of the next 19 years, he would go on to successfully complete five dealership “performance turn around” initiatives bringing severely underperforming operations to industry-leading levels in both variable and fixed departments.

As a result of his success, the opportunity to acquire a Honda dealership emerged, and Paul became partner and Dealer Principal in 2010. Over the first two years of ownership, the dealership’s profit grew by $1 million, and unit sales would triple by 2014. The acquisition of four additional dealerships would eventually present an opportunity to develop successful department managers and general managers to operate at the high standard he had established.

In 2014 he was elected to the Honda Dealer Advisory Team and represented dealers from the Atlantic Canada region as Board Member, Vice Chair, and then Chairman until 2021, bringing valuable insight to the manufacturer from a dealer operations perspective.